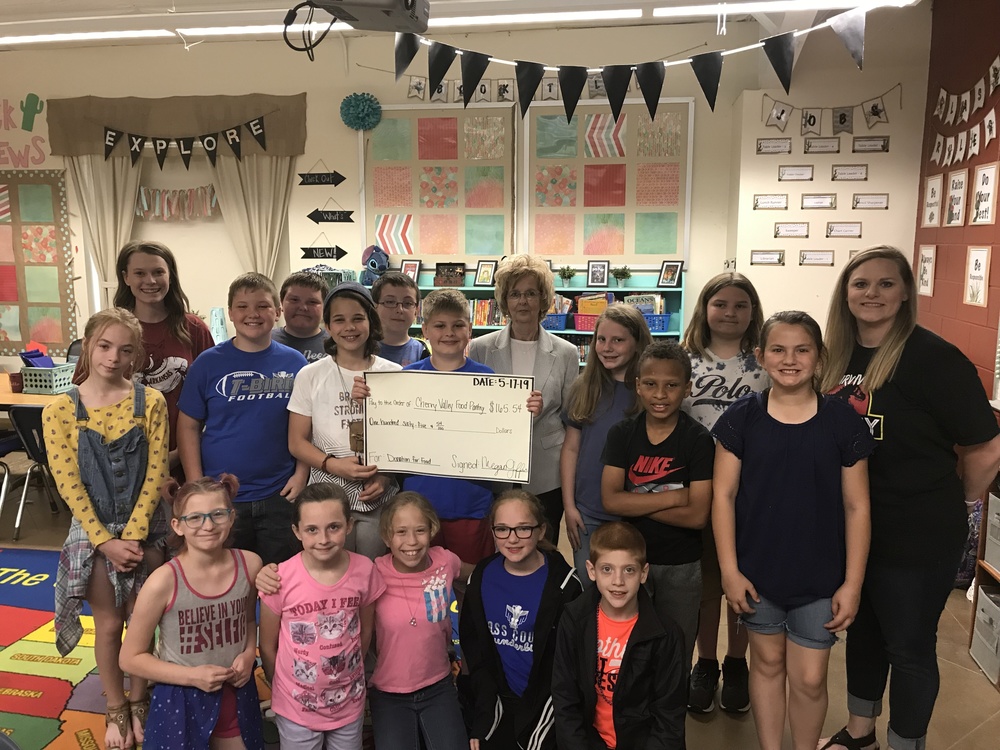 Fourth grade teacher Megan Griffin explained that the fundraiser was a culminating project for her students after they read the novel The Lemonade War by Jacqueline Davis. While reading Mrs. Griffin said students “learned about making smart money choices to build a business” as part of an economics unit. The students were tasked with building and marketing a real-life lemonade stand to sell lemonade at recess. Students worked in collaborative teams to design their stand, make lemonade, and sell during recess to compete for the title of most successful business. Students hoped to turn a profit not for themselves but to have the most possible money to donate to the food pantry. This healthy competition yielded great results.

The students also practiced their persuasive writing skills to write and shoot a commercial for their stand. Mrs. Griffin said these fourth grade students were particularly invested in the commercial production aspect of the project because, “these commercials were shown to every student in our building!”

The fourth grade teaching team collaborated on the project to increase its impact on the students and the community. Fourth grade math teacher, Mrs. Trista Cox, taught students about converting units of capacity so that students could make large batches of lemonade. Mrs. Griffin reported that by the end of the project, eight lemonade stands “battled with the goal of raising the most money possible so that people in need in our community could be served at the food pantry.” These eight teams raised $165.54 after expenses. “Our students were overjoyed about making their learning real world and contributing to their community,” said Mrs. Griffin.

Cross County School District is proud of these thoughtful and entrepreneurial fourth graders!